I can, of course, do mouse-1 by clicking and mouse-3 by clicking with two fingers, but there isn't much I can do about a middle click mouse I'm surprised this hasn't bit me before, but I only recently started being annoyed by the lack of a middle mouse button. In particular, I've started using ERC and flyspell , both of which have functions that require a middle click. I've googled extensively but haven't been able to find a way to do this. Here is precisely what I'd like to do:. Is this possible? 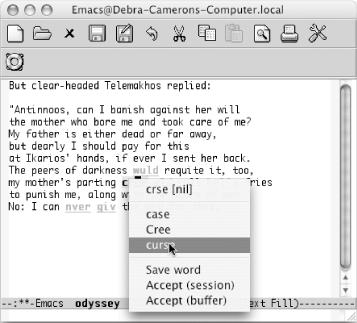 If it is helpful at all, I'm using one of the Emacs 24 builds of Cocoa Emacs and I'm running Lion on a '08 era macbook pro. For more information, read Translation Keymaps. Note to Alex R: This isn't so much of a solution as a workaround, but I'm currently trying the open source MiddleClick app which adds middle-click functionality all across the system by triggering a middle-click when you do a three-finger-tap.


The only problems are that you can press middle-click accidentally by touching three fingers on the trackpad every now and then, which has been somewhat annoying. There are also obviously the system trackpad bindings e. You could probably fix these conflicts by tweaking the sources, as it appears that there are no settings in the running app itself. It turns out that the three-finger-tap behavior of MiddleClick is rather annoying and unusable, for me at least. As mentioned in the comments "brew install aspell" should be all you need. If that doesn't work then you have a problem with brew.

Running M-x ispell should then run your aspell programme. So you are actually using flyspell instead of ispell to do the spelling check. You need install aspell and its dictionaries. Then you need tweak a few variables from ispell to actually use flyspell as I mentioned, flyspell re-use a few APIs from ispell.

See https: Usage is simple, either M-x flyspell-buffer to manually check the buffer for once or M-x flyspell-mode to turn on on-the-fly spell checking. See http: By clicking "Post Your Answer", you acknowledge that you have read our updated terms of service , privacy policy and cookie policy , and that your continued use of the website is subject to these policies.

Spelling check in Emacs Here is a list of what I have done so far: I read on a post saying that I should not install Flyspell. So I did not. I followed some instructions on Homebrew. Cursor, mouse, and window behavior as is common on the Mac.

Support for Unicode encodings and various others, specifically some Asian encodings and some input methods. Comprehensive user documentation in standard Apple Help format. Based on GNU Emacs The "wrong command-p" bug has been fixed, and there are other changes.

In order to load more fixed-width fonts suitable for use with Asian languages, you may want to load the carbon-font package.